SOUTH FULTON, Ga. – D’Anna Muhammad said she was so moved by the actions of members of the South Fulton Metro SWAT team who responded to her home, she personally reached out to them after the incident sending them a message thanking them for the patience and compassion they displayed when dealing with her son.

Muhammad called police to her South Fulton residence Monday morning seeking help for her 23-year-old son who was suffering a mental health crisis. He had barricaded himself in the home and there were guns in the residence. The SWAT Team was called in.

Knowing the young man was in distress, SWAT Team Negotiator Pastor Warren Henry worked to de-escalate the situation.  He spoke with him by phone for about four hours, eventually convincing Muhammad’s son to surrender peacefully to authorities, as his mother waited anxiously nearby. 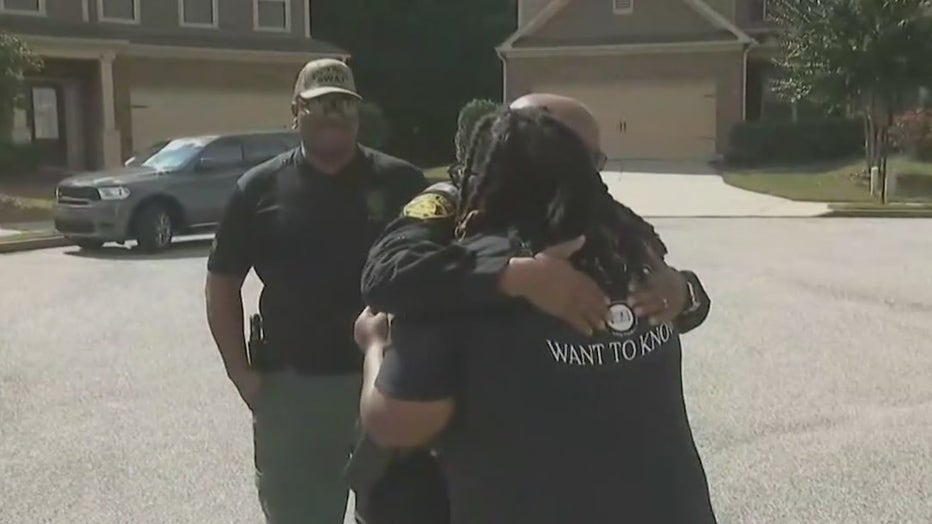 D’Anna Muhammad hugs a member of the South Fulton Metro SWAT team who helped her son during a mental health crisis. (FOX 5)

Muhammad was so moved by the actions of those on the scene that day, she later texted a message of thanks to Pastor Henry. She said their actions that day showed SWAT team members value the humanity of those that they serve. She was thankful nobody was hurt and will forever be grateful.

The head of the department’s special operations unit said he and his fellow SWAT team members were moved by Muhammad’s message.

Discussing formula options with parents who are vegan

Discussing formula options with parents who are vegan

Family in emotional tribute to ‘beautiful’ woman, 35, who died in police cell